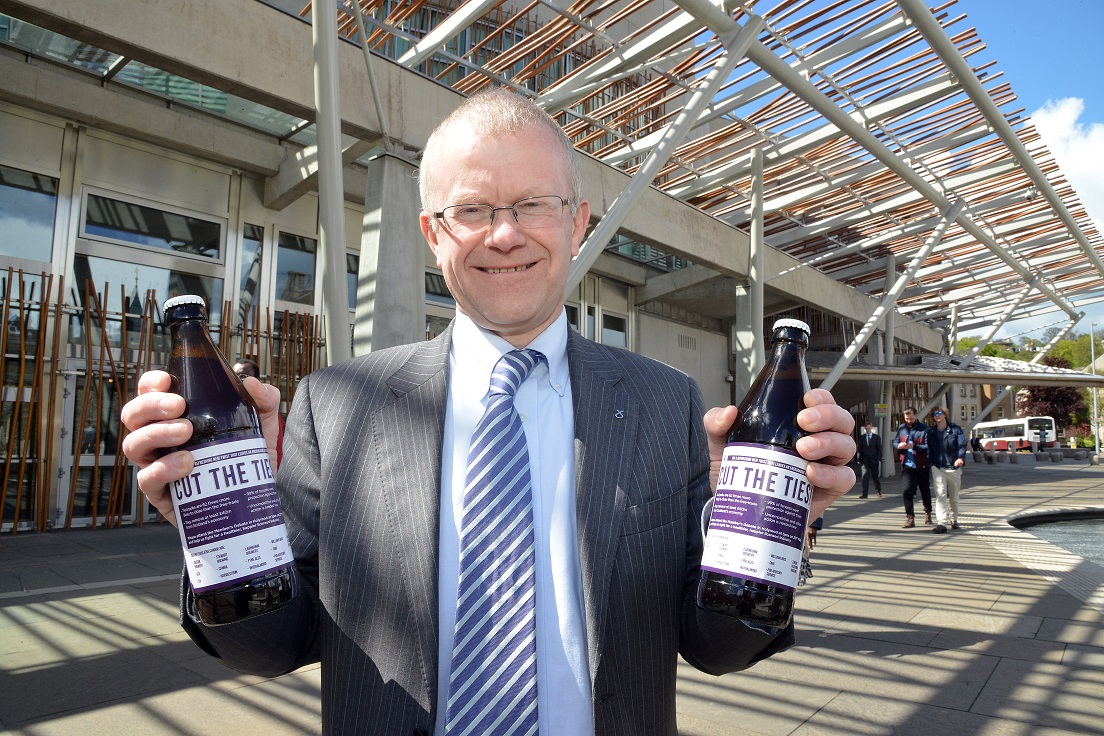 Tied Pubs in Scotland at risk of being left behind.

The pub sector in Scotland is first class, but it is at risk of being treated as second class by its own Government. Tied pubs in England & Wales will soon be able to demand the new market rent only option [MRO] if they find they are "worse off" as a result of being tied for their wet products, but not Scotland. In an effort to keep as many pubs as possible tied (and away from MRO), the pub owing companies will be concentrating investment in the English & Welsh pubs and increasing the discounts and countervailing benefits on offer. Scotland will shoulder the cost of cross subsidising the move to keep as many of the English & Welsh pubs as tied as possible.

Due to unspecified ‘technical problems’ the Scottish Government’s Business Department (headed by Fergus Ewing MSP) did not carry over the tied pub legislation to apply throughout the UK as they did with the Groceries Code Adjudicator. Holyrood is currently not convinced there is anything wrong in the Scottish tied pub sector. It also fails to recognise the risk tied Scottish pubs face as thousands of English & Welsh tied pubs switch to a free of tie deals under MRO. Because of the inherent unfairness pressure was brought by a large cross party group of MSPs headed up by Paul Martin MSP who held a debate in May and forced Mr Ewing to agree to a separateScottish Pubs Consultation.

Will history repeat itself?

Back in 2013 the Business Department in Westminster under then-Secretary of State Vince Cable undertook one of the largest consultation responses ever seen; overwhelmingly tied tenants across the UK backed a MRO option. The submissions and results can be seen here. Fergus Ewing has responded to all of this evidence by dismissing it on the grounds that not enough Scottish tied pubs got involved and in his words the tied trade in Scotland is "different" - clearly he thinks tied publicans in Scotland are happy and doing well.

Scottish tied pubs to be examined.

The Scottish Government will commission research in 2015-16 to help determine if those working in the tied ‘wet pub sector’ are unfairly disadvantaged compared to other pub tenanted models. “For the last two years the Scottish Government has sought evidence that demonstrates that the ‘tied wet’ sector is much worse off than other forms of contractual arrangements. During this time we have met with representatives from across the industry. “This is a complex issue, which needs to be carefully examined to determine whether there is robust evidence to any support change. Evidence provided so far has failed to look at the comparative benefits and any negative impact of the ‘tied’ contract as a package.

“For this reason the Scottish Government will commission a study to look at the various pub models operating in Scotland to see whether the tied sector are being treated more unfairly than other parts of the industry. If this study is to be successful, it will require the co-operation of the whole pub Sector, from tenants to Pubcos.

“Before Scottish Ministers can commit to the legislative route it is important to carry out this research - which will help us come to a view. We will then be in a better position to consider whether legislation should be introduced and who it should apply to – which may be different to that identified in England and Wales where the make-up of the sector is very different to Scotland.”

Furthermore the Scottish business department are stating [incorrectly!] that no-one has ever complained about their tied pub deal:

Position in Scotland as outlined by Fergus Ewing

2.11 Until BIS indicated they were minded to introduce legislation, no representations had been made to Scottish Ministers by anyone operating in the sector in Scotland. To date,nopubs in Scotland have ever availed themselves of the dispute resolutions in place through established industry schemes (such as the Pubs Independent Rent Review Scheme (PIRRS) and Pubs Independent Conciliation and Arbitration Service (PICA)), hence, the Scottish Governmentwas unaware of any problemin the Scottish tenanted sector.

How did we respond on behalf of Scottish tied tenants?

We have asked the Business Minster why is it that the Groceries Code Adjudicator and Groceries Supply Code coversallScottish supermarket suppliers despite not a single complaint to the supermarkets self regulatory service being made either? It seems as if a precedent has made by the business department singling out tied pubs as very "different" types of businesses indeed.

Scottish suppliers to the supermarkets are for the most part micro- or small businesses and employ less staff than some of the tied pubs who are seeking a similar level of statutory protection. We believe that Scottish tied pubs are being treated unfairly as second class businesses. How is it that no complaints to the supermarket self regulatory service and no complaints to the pubs self regulatory service results in two very "different" outcomes?

I rent a tied pub so what can i do about this?

You can contact the PAS who are members of a broadcoalition of Scottishbased businesses fighting for equal treatment for Scottish tied pubs. We operate confidentially and independently of your landlords, anything you tell us will remain confidential. We have many experts on call to help get the "job done" for Scottish tied pubs but we can't get anything done without your help so....

Contact the PAS and register your interest to take part in the Scottish Pub Consultation by emailing us This email address is being protected from spambots. You need JavaScript enabled to view it.

More details will be forthcoming once the business department reveals the consultation details, by registering above we can email you the updates via an e-briefing and begin to seek your views.